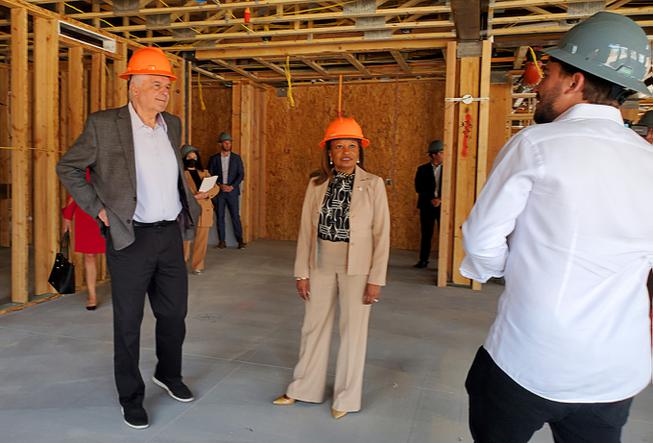 Assistance might soon be on the way for hundreds of Nevadans after the Sisolak administration last week outlined how it would use $500 million from the federal government to make more affordable housing options available.

The Nevada Housing Division has proposed four spending categories for the “Home Means Nevada” program, which was awarded the $500 million after passage of the American Rescue Plan by Congress in early 2021, Gov. Steve Sisolak said in a news release.

The state anticipates it could produce up to 1,000 new units from the $300 million allocated for multifamily developments for families and seniors earning less than 60% of the area’s median income. Between 10% and 20% of those units are intended for those making less than 30-50% of the area median income, according to a news release.

The $300 million multifamily investment, coupled with other debt funding, could yield upward of 1,700 new units, the governor’s office estimates.

Under the land acquisition provisions of this initiative, North Las Vegas would also get $10 million to purchase land aimed at assisting low-income individuals and families. Money would also be given to the city of Sparks, Churchill County, the Reno Housing Authority and the Nevada Rural Housing Authority to secure roughly 100 acres of land and create 700-800 households.

Clark County would see to gain about $6.5 million for three separate programs aiming to rehabilitate 317 units, according to the release. Some of that money would be used as part of an incentive program to drop the cost of new homes from $500,000 to $350,000, in the form of down payment assistance or other purchase mechanisms that could go toward 200 new single-family homes, Sisolak’s officer said.

The funding will also be used to rehabilitate up to 7,000 existing homes statewide to retrofit them with safety and energy-saving equipment for disabled and elderly Nevadans.

The initiative, launched by Sisolak in April, likely caps his accomplishments as the state’s top executive. He was defeated by Republican Clark County Sheriff Joe Lombardo in November’s midterm election by 15,386 votes, or 1.51% and will leave office in January.

Sisolak in the release said the funding program completed one of the cornerstone goals of his administration: achieving more affordable housing amid Southern Nevada’s recent housing boom.

“I’m so proud that through collaboration across all levels of the public and private sector we’ve made Nevada’s single–largest investment into affordable housing to tackle one of our state’s most complex issues,” he said. “These projects will create positive change for generations of Nevadans — ensuring that more families and underserved, low-income communities will be able to find an affordable home. Finding a home for just one more Nevadan has been my goal since day one — and this initiative will provide a safe place for thousands of Nevadans across the state.”

The U.S. House on Thursday passed a bill codifying protections for couples in same-sex and interracial marriages, affirming a historical bill that was sent to President Joe Biden’s desk to be signed into law.

Three of Nevada’s four representatives in the House — Democratic Reps. Dina Titus, Susie Lee and Steven Horsford — voted in favor of the bill while Republican Rep. Mark Amodei voted against it. The bill easily cleared the House with bipartisan support, passing 258-169.

In a statement after the bill’s passage Thursday, Amodei said he acknowledged that Nevada voters in 2020 passed a referendum process to protect same-sex marriage in the state’s constitution. And while pledging “support and respect the use of that process and the will of Nevada voters,” he said he believed the bill unnecessarily regulated marriage at the federal level.

“It is also a fact that as a result of the “Full Faith and Credit Clause” in the U.S. Constitution, Article IV, Section 1, that marriages that are valid in the present 36 states, are valid everywhere in the country. Just like your Nevada driver’s license is good in Florida, so is your Nevada marriage license,” Amodei explained in his statement. “Accordingly, the need for federal legislation on what has traditionally been state jurisdiction, in this instance — marriage laws — continues to be unapparent.”

The bill was introduced in Congress shortly after the U.S. Supreme Court ruled in June to overturn the landmark precedent set in Roe v. Wade, which held that women had a constitutional right to access abortion. Lawmakers in both congressional chambers expressed concern after Justice Clarence Thomas wrote in a concurring opinion striking down Roe that the court may revisit similar decisions regarding same-sex marriage and the availability of birth control.

Amodei recognized that Thomas’ comments made some feel uneasy but maintained that the language of the 10th Amendment of the U.S. Constitution allows states to dictate their own laws on marriage.

“I know that there are people who think that a statement made by Justice Clarence Thomas is a nightmare in the making, but I simply disagree that one Supreme Court justice’s sidebar creates a clear and present danger to freedom and justice in America,” Amodei said.

“The states have always set forth their rules in relation to marriage. It is their absolute right to do so. They are doing fine. I will not support an unwarranted and unnecessary federal power grab, especially under the political guise of protecting a group of Americans who currently enjoy the full constitutional protections of the Nevada and United States constitutions.”

“The responsible expansion of the Navy’s Fallon Range Training Complex that I negotiated will improve our national security, fuel economic growth in Churchill County, and preserve important cultural heritage sites for Tribal nations,” Cortez Masto said in a statement. “I worked closely with Senator Rosen and Congressman Amodei, the (Biden) administration, Senate Armed Services Committee, congressional leadership and all local stakeholders to secure this agreement and will make sure it is in the final NDAA.”

In a separate statement, Amodei called the compromise a win-win that will address naval aviation and SEAL training programs, as well as meet the needs of Churchill County and local Walker River Paiute and Fallon Paiute Shoshone tribes.

The training complex itself will be able to expand with an additional 558,535acres, the majority of which will serve as buffer zones and to ensure warfighters are equipped with the “best training resources possible,” Amodei said. The agreement also will designate more than 573,000 acres of land for conservation and wilderness areas, as well as give an additional 18,353 acres to the Walker River Paiute and Fallon Paiute Shoshone tribes.

The Walker River Paiute Tribe will also receive $20 million in recognition of “historical contamination” of their tribal lands. 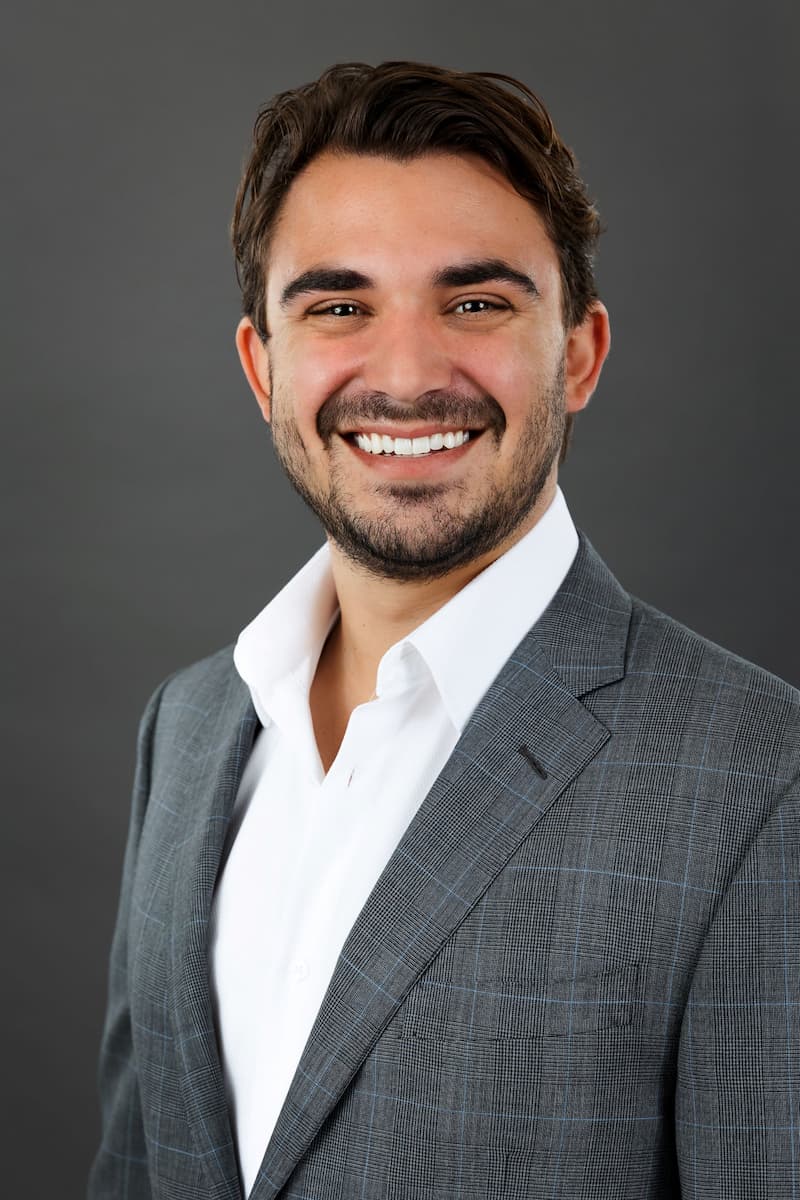 According to the Brookings Mountain West and the Lincy Institute at UNLV, in Southern Nevada “seven of the 10 most common occupations do not earn the income needed to afford rent for a studio apartment.”

Nevada is a microcosm of the nation. Research by the Harvard University Joint Center for Housing Studies estimates the number of households spending 50 percent or more of their income on rent will reach 13.1 million by 2025, predicting that the growing affordability crisis will especially impact seniors, Hispanics and single-person households.

As one of Nevada’s largest and leading developers of affordable and market-rate rental housing, we at Ovation are acting on our belief that all residents, regardless of socio-economic status, deserve a quality home that helps to strengthen individual lives, families and community.

That’s why Ovation has committed a portion of its resources and experience developing high-end rental communities to design and build affordable housing to the same standard of quality as market-rate multifamily housing projects. Our affordable communities, through a partnership with a nonprofit that specializes in services, provide residents with wraparound services and recreational amenities that create a rich social infrastructure and high quality of life. This includes access to transportation assistance to medical appointments and shopping, health and wellness programs, food assistance as well as social outings and events.

To date, approximately 2,500 seniors are living in 1,900 units at 13 Ovation developed and managed affordable senior apartment communities in Southern Nevada. And we are already working on plans for additional affordable housing communities. Proof of the need and the demand for quality affordable senior housing is the fact that our communities are fully occupied soon after they open, and our wait lists continue to grow every day.

Why does it matter?

For older adults, strengthening the ties between housing and age-related services supports their continued health and well-being. In particular, better access to assistance with personal care, transportation and health care greatly impacts seniors’ ability to live on their own safely and comfortably. The availability of these services especially benefits middle- and lower-income seniors who are unable to afford assisted living or prefer to age-in-place.

Perhaps, one of the most impactful arguments for affordable housing is its effect on children. The ability of parents to spend more on nutritional food, health care and school supplies for their children is only the tip of the iceberg. Working families who have available income to support their children’s extracurricular activities, such as sports or music lessons, are giving the next generation a foot up for greater success in school, higher employment prospects and less reliance on public programs later in life, according to the MacArthur Foundation.

While Nevada has made strides in addressing affordable housing through the state’s $500 million Home Means Nevada initiative to fund multifamily development and rehabilitation and the county’s $120 million Community Housing Funds, they are not enough.

Ultimately, solving the problem of affordable housing is a moral, societal, business and, yes, a political decision. It requires a commitment to public-private partnerships between real estate developers, corporate entities, government and nonprofits that bring forward innovative long-term sustainable solutions that at their core offer our fellow citizens the opportunity to live with dignity, put down community roots and build a better future.

But as important as it is, more low-income housing will not solve the crisis alone. We need to increase the supply of housing, especially multifamily, that serves all income levels. To encourage more development, we need to ensure a streamlined entitlement process, greater support for high-density zoning and greater access to tax incentives and other government funding sources.

This is a call to make that happen. Those of us whose family and businesses are intricately tied to the Las Vegas legacy know from experience that our community can answer that call. Nevada can lead the nation in providing workable solutions to the growing need for affordable housing. 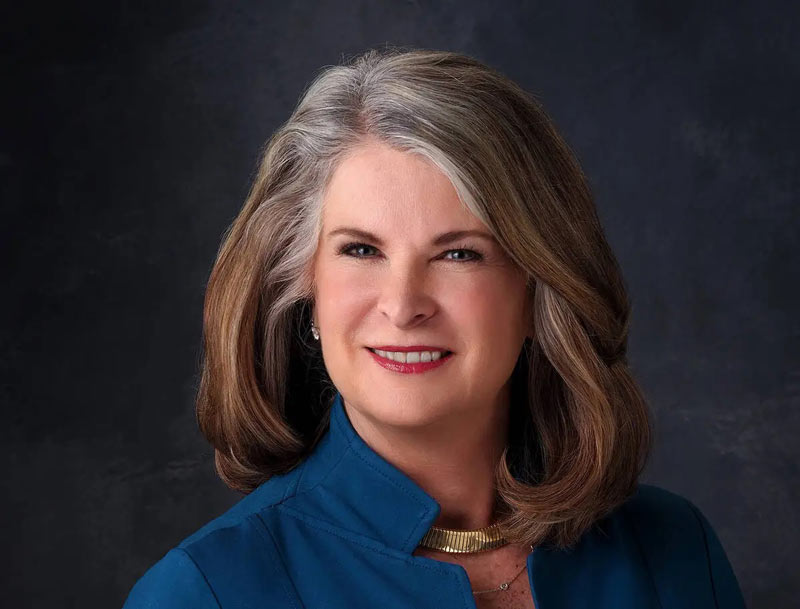 ULI Nevada exists as a resource and advocate in understanding the unique and varied components that define Nevada and its communities as exceptional places. The organization leads the conversation on advancing the quality of place in our state.

Placemaking embraces the creation of spaces that promote people’s health, happiness and well-being through planning, design and management.

As part of its mission to increase output of creative Placemaking in our community and encourage community development, ULI Nevada offers a way to acknowledge and commend projects that leverage arts, culture and design as mechanisms for strengthening communities.

This awards event is an opportunity to formally recognize outstanding projects, achievements and leaders in our city who are committed to the creation and celebration of “place.” The event convenes thought leaders from a wide array of disciplines who passionately promote the responsible use of land. 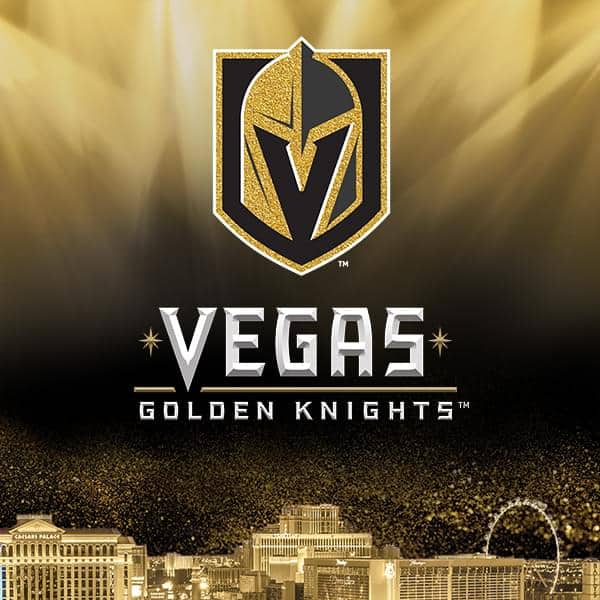 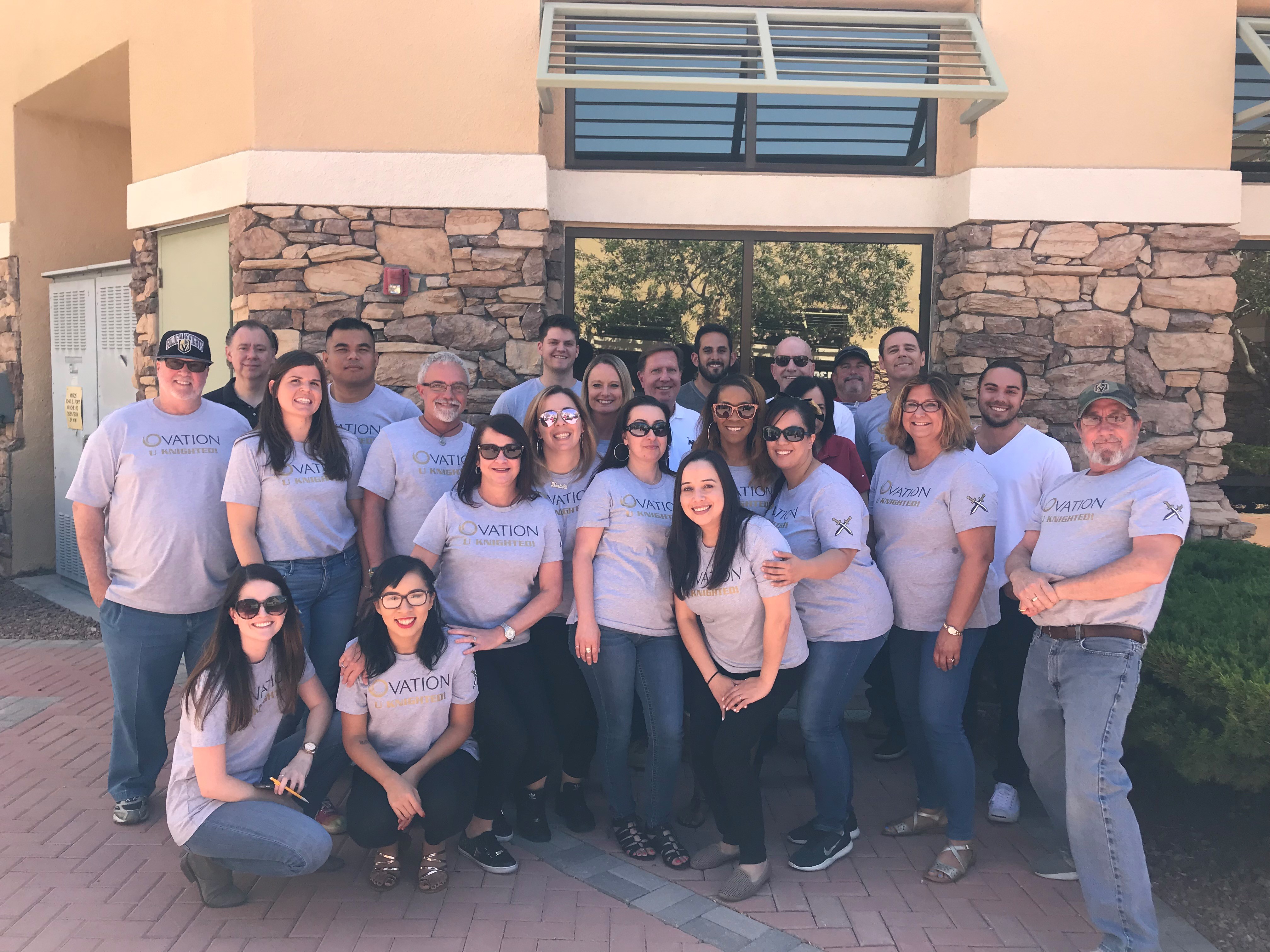 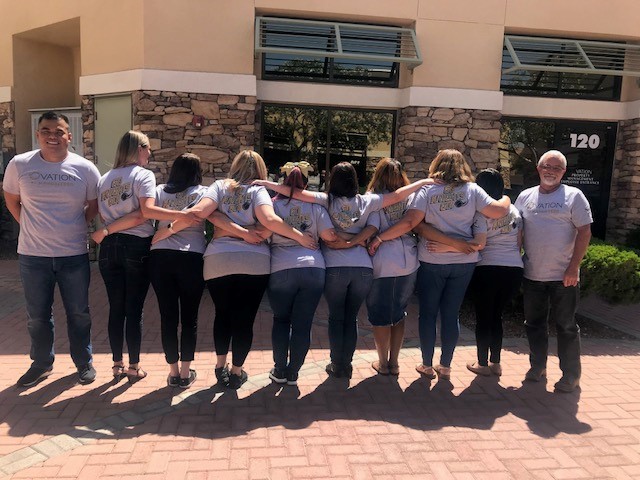 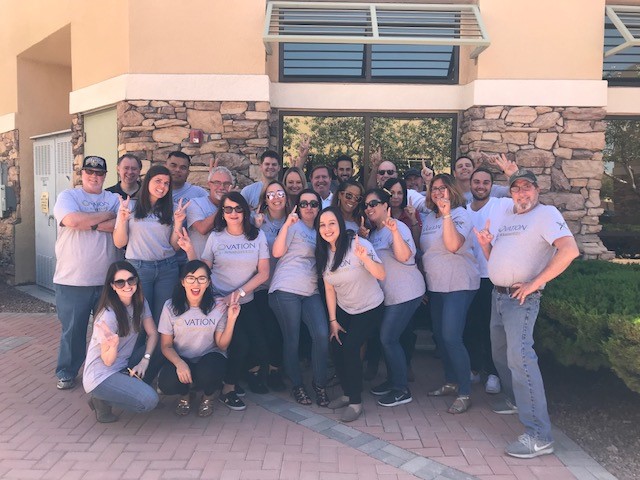 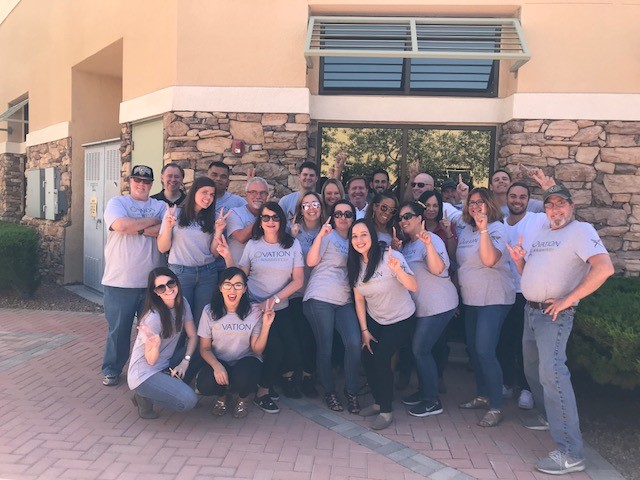 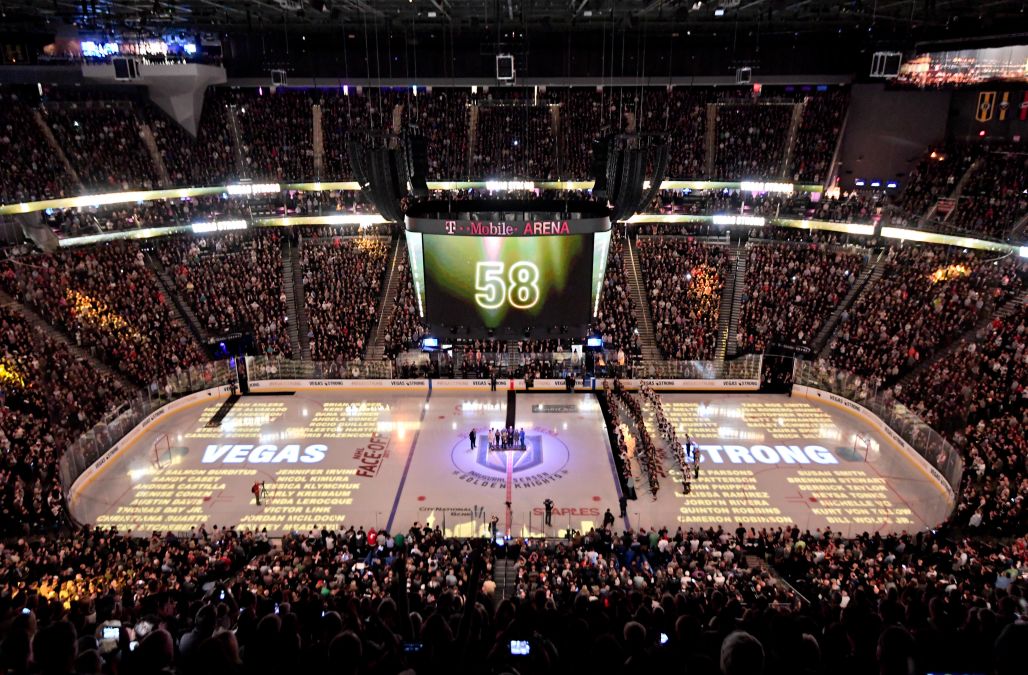 As term comes to end, Sisolak boasts about housing programs